A Man Called Ove is a Swedish movie 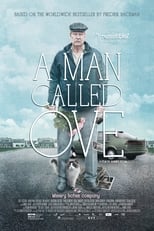 Plot: 59 year-old Ove is the block’s grumpy man. Several years ago he was deposed as president of the condominium association, but he could not give a damn about being deposed and therefore keeps looking over the neighborhood with an iron fist. When pregnant Parvaneh and her family move into the terraced house opposite Ove and accidentally back into Ove’s mailbox it sets off the beginning of an unexpected change in his life.

It has been directed by Hannes Holm and is written by Hannes Holm (screenplay), Fredrik Backman (novel).
A Man Called Ove and awards: 13 wins & 18 nominations. It got an Oscar nomination for best foreign film in 2017.

Read more about A Man Called Ove on IMDB »