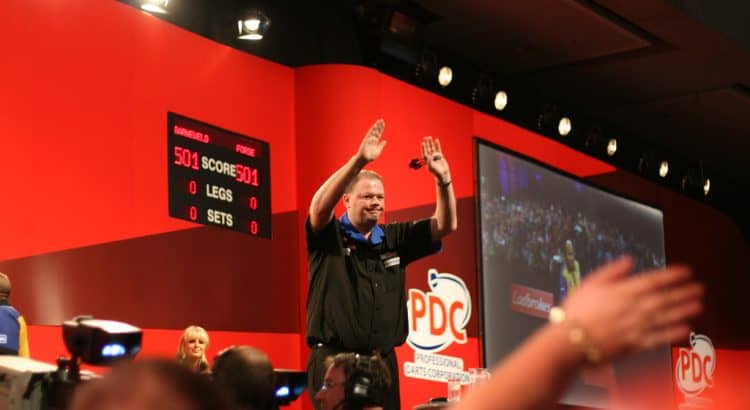 Raymond van Barneveld (born 20 April 1967) is a Dutch professional darts player, currently playing in the Professional Darts Corporation. Nicknamed Barney, he is a five-time World Darts Champion (four-time BDO and one-time PDC), a two-time UK Open Champion and a former winner of the Las Vegas Desert Classic, the Grand Slam of Darts and the Premier League. He is also a twice-winner of the World Masters and the World Darts Trophy, and a three-time winner of the International Darts League and the WDF World Cup Singles event.