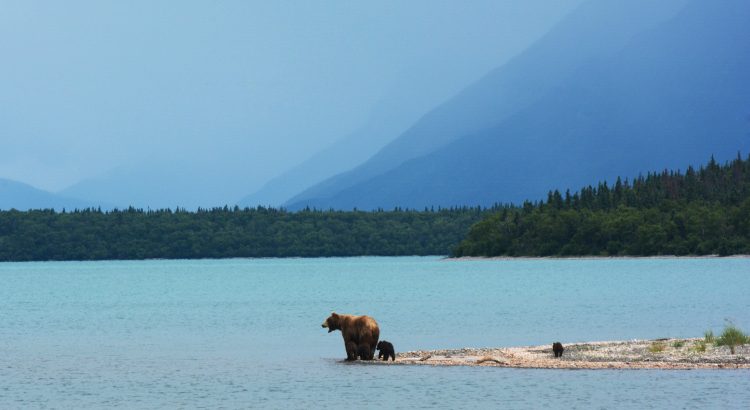 Alaska is known as ‘The Last Frontier’ with good reason – its rugged wilderness encompasses 17 of the country’s 20 highest peaks, dozens of active volcanoes, thousands of rivers and lakes, and more glaciers than the rest of the world except Antarctica. All of that comprises not just magnificent scenery, but the habitat for some of America’s most iconic wildlife. If you’re interested in touring Alaska, here’s how to level up your wildlife experience.

The image of salmon leaping up freezing rivers is one of the state’s iconic scenes. And whether you visit as a spectator or an avid enthusiast, salmon fishing trips in Alaska are bound to be one of the highlights of your wildlife experience. You’ll have the chance to learn about, witness, and catch several varieties – from pink, silver, and humpies, to the aptly named King salmon which can tip the scales at 50-60 pounds or more. And if you’re not too busy with the fish, sit back on the boat and soak up the stunning views from across the water.

The same iconic scene of spawning salmon often has a few bears in it, deftly snatching fish from the water. Alaska is home to a sizeable population of brown and black bears, combining to number in the tens of thousands. Despite that, a random encounter is unlikely (and probably undesirable). The best tour operators have access to prime locations for safe bear viewing and can guarantee sightings of these mighty animals any day.

The state’s other famous big mammal is easier to find. Moose wander commonly through roads and neighborhoods; even big cities like Anchorage have a population of over a thousand animals. Hang out in the early morning and evening by parks, trails, or bodies of water, and you’ll have good odds of spotting a moose without much effort. They also tend to be more common in the winter when foraging is scarce.

Alaska is the proud home of over half of the entire country’s bald eagle population, making it a paradise for avid bird-watchers and photographers in search of a dynamic, in-flight shot. Grab your binoculars and zoom lens, and head over to the river flats at Chilkat Bald Eagle Preserve, which hosts the world’s largest gathering of bald eagles. If you’re not in the area, just ask a local; chances are, there’s a good viewing spot nearby.

If you’re on a tight schedule and want to maximize your travels, a visit to one of the state’s sprawling parks will be well worth your time. The Alaska Wildlife Conservation Center offers you guaranteed viewing of the major wildlife, including wolves, bison, foxes, and reindeer, as they are in enclosures so large as to almost perfectly mimic the natural habitat. Alternatively, a bus tour through Denali Park Road is a budget-friendly way to get a chance of encountering many of the state’s famous animals.

Depending on the season, there might be increased chances of viewing otherwise uncommon visitors such as whales, caribou, sea lions, walruses, and even polar bears. It also depends on the location, though, so do a bit of research before you commit your schedule.

Alaska remains one of the premier wildlife destinations in the country, if not the entire world. Make the most of your time and see the best wildlife attractions while you’re here.

Photo by Paxson Woelber on Unsplash