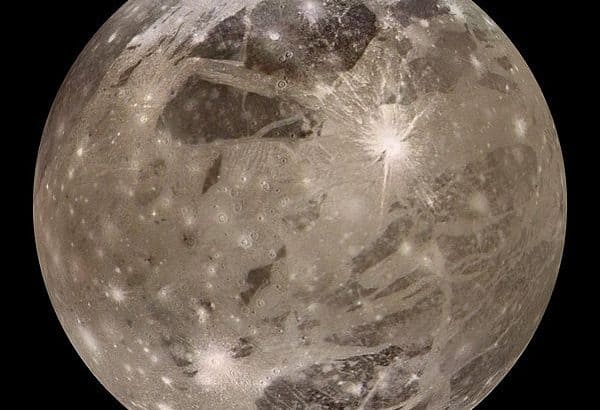 Ganymede is the largest moon of Jupiter

Galileo Galilei discovered this moon in 1610. Simon Marius suggested the name Ganymede soon after. In Greek mythology, Ganymede was Zeus’ cup-bearer. Ganymede is the only Galilean moon of Jupiter named after a male figure.