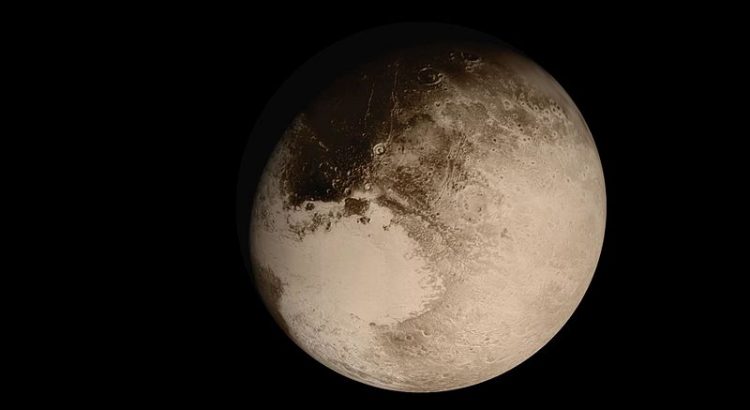 Pluto is a dwarf planet in the Solar System

Pluto is the ninth-largest body that moves around the Sun. At first, Pluto was called a planet. Now, it is the largest body in the Kuiper belt.

Pluto is mainly made of rock and ice. It is quite small. It is about a fifth (⅕) of the weight of the Earth’s Moon. It is only a third (⅓) its volume. It has an odd orbit and this orbit is very sloped. It takes Pluto to 30 to 49 AU (4.4–7.4 billion km) from the Sun. This causes Pluto to sometimes go closer to the Sun than Neptune.