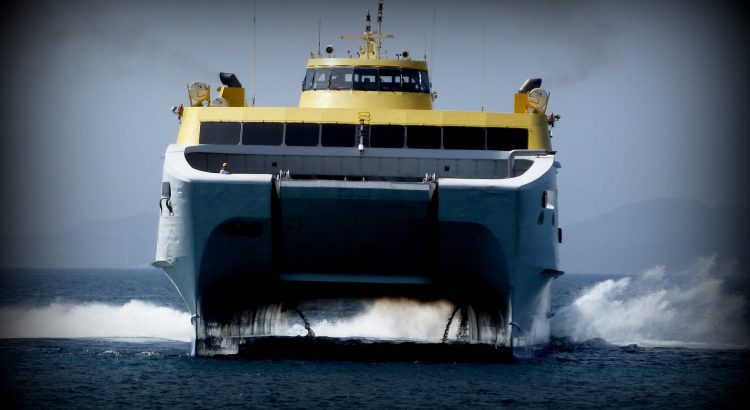 A catamaran-ferry is basicly just a type of boat acting like a ferry but faster because it is a catamaran like design.

A ferry catamaran is faster than normal ferries because it has less friction in the water. At the moment the fastest catamaran-ferry is the HSC Francisco. It operates between Montevideo and Buenes Aires and can reach a speed of 58 knots (which is about 107 km/h).

Most people know the catamaran from sports: who has the fastest catamaran, often to be seen with only one hull in the water (so even less friction than two for more speed). This is of course not the intention of a ferry which are usually meant to move people and vehicles from one place to another. But some basic engineering is based on the catamaran to create a speedy ferry.

to support the crew to a bridging superstructure incorporating extensive cabin and/or cargo space.

For more information about this type of ferry, you can check the following source: What are catamaran ferries?

Image by wurliburli from Pixabay