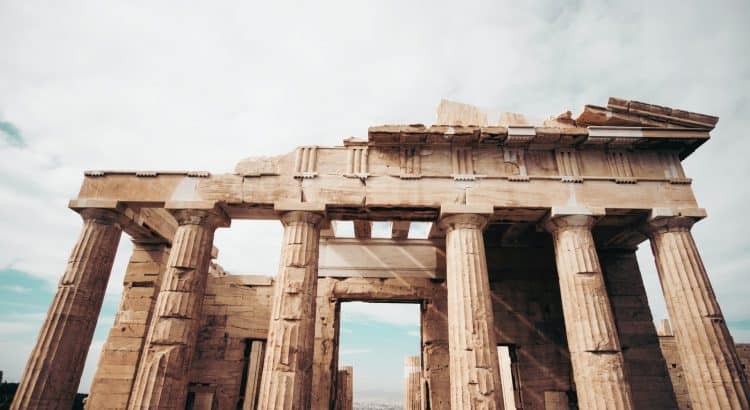 Greece is a country that is absolutely packed with culture and history. A civilization that dates back to a few thousand years before the birth of Christ, Ancient Greece is an area that has been researched and analyzed for centuries.

It’s often considered to be the birthplace of democracy and theater as well as a variety of mathematical and astronomical discoveries and has a rich and extremely influential mythology which is ever present in modern literature and media.

One would assume that a place like that is packed with unique and fascinating things to see and experience, and there is no question that’s the case. Here’s the 10 biggest tourist attractions you should check out when you’re here.

The Acropolis is an ancient citadel located on a looming hill in the capital city of Athens, and it is perhaps the most well-known example of the artistic complexity that Athenian architecture was known for.

Even though the citadel is effectively in a state of ruin now, the incredible design is still apparent from its ruins. The most important components which can still be viewed in their current state are the Parthenon, The Temple of Athena Nike and the Propylaea.

The central square of Athens is an easy place to identify due to the fact that the massive Green parliament building stands tall at one end of it. There’s a lot to see here. You’ve got the Tomb of the Unknown Soldier, the National Garden, Monastiraki and some other interesting spots.

Like many ancient civilizations, temples were a big deal in Greece. As I mentioned before, we still have a fascination with Greek mythology and we love incorporating those Gods and their defining attributes into our pop culture.

Zeus is a name that everyone has heard but many people don’t know much about him or the other Gods outside of modern interpretations. This temple, most of which still stands, was a tribute to the God of Zeus from thousands of years ago, so it’s an interesting sight.

The Acropolis itself is obviously not intact, but what’s actually on the hill is not all that remains of it. There are numerous uncovered statues, pillars and ruins that you can see on display in this museum, alongside relevant historical information about the origins of the citadel.

This rock formation is found in central Greece and atop it you will find the 6 remaining of an original 24 Orthodox monasteries built in and around the 12th Century. Some are still inhabited by monks and nuns to this very day.

The island of Delos is the mythological birthplace of Apollo, and the still ongoing excavation has been the most extensive in the history of the Mediterannean. Like the Acropolis, there are a ton of fascinating landmarks to see here.

You’ve got the Terrace of Lions, The Temple of the Delians, The House of Dionysus and the Sacred Lake, and so much more.

We would be remiss in discussing Greece and not talking about a place you can catch some rays. Balos beach is a stunning spot on the island of Crete which is famous for its white sands and turquoise waters. It’s a popular spot though so expect crowds!

There are many caves scattered around the Greek islands and are significant in their own right because they were likely the homes of the earliest inhabitants of the region. Melissani cave on Kefalonia island can be experienced by a boat trip into the cave itself.

It’s a very accessible insight into what the cave systems that decorate the islands are like on the inside.

If you want to get a look at the most extensive collection of artifacts from archaeological sites around Greece, dating from the prehistoric era to the late antiquity, then this is the place to go. The museum is massive and you could spend an entire day here and still not experience the full value of the collection.

Connecting the Gulf of Corinth with the Ionian Sea, construction on this canal began in the 1st Century but wasn’t completed until the late 1800s. Envisioned as a way to enhance trade with the rest of Europe, the canal proved too narrow for that purpose and is now predominantly used by recreational vessels.

There are regular boat trips through the canal and it is a relaxing experience with some beautiful sights so it’s well worth doing.

Greece isn’t a big country but as you can see, from a traveler’s perspective,  it’s got everything you may ask for, from historical sites and museums to beaches and stunning natural wonders. And the fact that it’s not so big means that you can see all this stuff more easily.

It’s a place that everyone should visit in their lifetimes, and one where all of us can find something that will fascinate us.

Photo by Cristina Gottardi on Unsplash