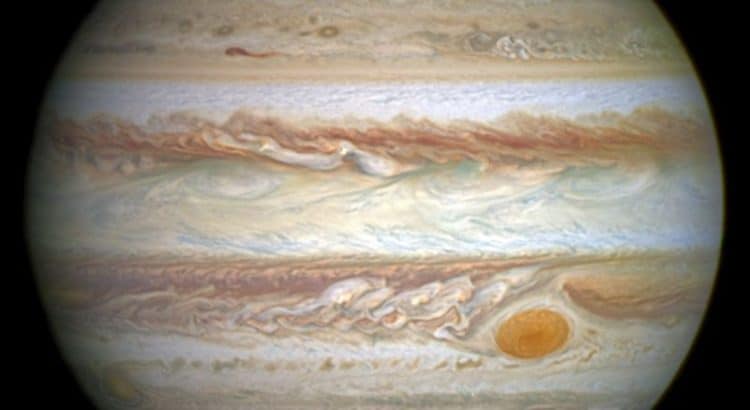 Jupiter is the largest planet in the Solar System

Jupiter has the mass of about 318 Earths and it the largest planet in the Solar System. It is the fifth planet from the Sun. Jupiter is classified as a gas giant, both because it is so large and due to the fact that it is made up mostly of gas.

Jupiter is the third brightest object in the night sky and can be seen with the naked eye. Only the Earth’s moon and Venus are brighter.

Jupiter has at least 67 moons. Of these, 55 are very small and less than five kilometres wide. The four largest moons of Jupiter are Io, Europa, Ganymede, and Callisto. Ganymede is the largest moon in the Solar System.