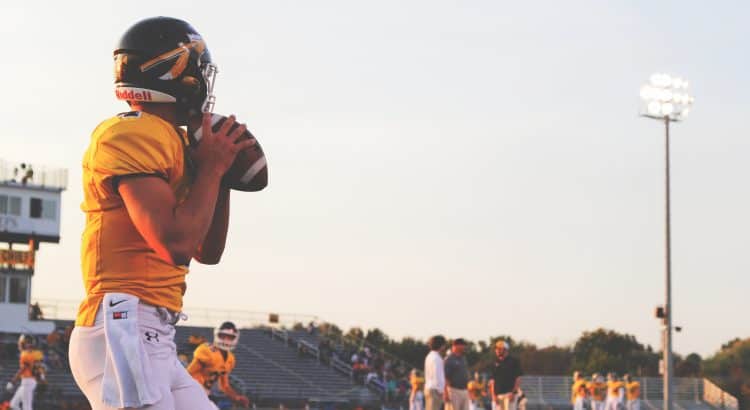 The NFL is the largest sports league in the world, with a turnover that is larger than the English Premier League, the UEFA Champions League, Formula One, and Nippon Professional Baseball combined. This has been achieved by its broad reach, with more than 50% of all US citizens describing themselves as fans of American Football. This huge support for American Football means there is no shortage of new, young players wanting to make it to the NFL and play for their favourite team.

American football started at college level, and it continues to be one of the most popular sports for college students. Large quantities of money are spent on scholarships, training and all of the associated costs of competing in the inter college sports leagues like the CFP National Championship. This huge investment and the time dedicated to training young players at college level means that there is a lot of worthy talent ready to take the step up to professional level each year.

Given the sheer volume of new talent each year, a system of fairly and formally recruiting new players each year was needed. And this was how the NFL Draft was born.

How Does the NFL Draft Work?

Each year, each of the NFL teams meet to select the new players they want for the new season. This is done in a way that is designed to be fair and provide the teams that performed poorly in the previous season the first choice of players, whilst the Super Bowl winners choose last. Thereby, the lower ranked teams have the chance to acquire players that could help them improve their chances in the following year.

The teams will pick players in “rounds” where each team takes a turn. After all teams have taken their turn, the next round begins and the teams pick again. This format is not too dissimilar to the way that players are chosen during gym class, when team captains take it in turns to choose the players for their team.

Also just like with gym classes at school, the best players typically get chosen first. For example, defensive end player, Nick Bosa, who is currently favourite to be declared defensive rookie of the year in 2019, was drafted by the San Francisco 49ers in the 2019 NFL Draft  He was the second player to be picked in the first round.

Once a player has been picked, they begin negotiating their contract with the team that chose them. A drafted player doesn’t need to stick with this team for their entire career, but they are required to commit to at least four years.

Do Players Have to Join the Team That Picks Them?

The answer to this question is complicated. Players are obliged to join whichever team picked them. They then enter a period of contract negotiations, with most players refusing to actually play for the team that chose them until they get a deal that is agreeable. In most cases, the deals are eventually agreed when both sides settle on how much money will be paid to the player.

However, sometimes players may refuse to play for the team that chose them. This may be because they support another team and do not want to play for a rival, or because they do not want to move to a particular city. There are usually two solutions to this. The first is for the team to trade the player with another team. An example of this occurred in 2004 when the San Diego Chargers picked Eli Manning in the NFL Draft, despite knowing he did not want to play for them. He was eventually traded for another player and some picks in the next NFL Draft. The second solution is for the player to simply refuse to sign a contract and re-enter the draft next year, although this is rare.

When Does the NFL Draft Happen?

The NFL Draft is officially a three-day event taking place in Spring each year. It begins on a Thursday and runs through to Saturday. Only the first round of picking takes place on the Thursday, with the choosing beginning at 8pm EST. This time is chosen as it allows for a larger TV audience, since it takes place outside of normal office hours.

Is the NFL Draft Important?

The NFL Draft is one of the biggest events on the NFL calendar and is filled with speculation, analysis and predictions. A large betting market has opened up where wagers are placed on which players will be picked, by whom and in what round.

Unlike most other sports, youth academies do not exist in the NFL. This is because college football had already been established long before the formation of the NFL. Therefore, talent develops at college level instead. Because of this, the NFL Draft is important for bringing new players into the sport each year.

It is also felt that the format of the NFL Draft prevents the larger teams monopolizing the best new talent by allocated their larger financial resources to signing and training them from a young age. Instead, the reverse picking order used in the draft helps to give smaller teams the opportunity to improve their lineup. Compared to other sports, such as English soccer or Formula One, the NFL Draft is a much fairer system. In both of these sports, the larger teams are able to spend more money on finding, scouting, and training new players/drivers to ensure they have an abundant supply of the best new talent.

The NFL Draft is one of the most important events on the NFL calendar each year. Due to the unique way in which American football developed, college leagues and teams have a monopoly on the development of new talent that is not seen in other sports. This means that the unique concept of the NFL Draft is the best solution for bringing new talent into the league each year. In addition, the format of the draft helps to create a fairer system that means larger teams cannot outspend their rivals to gain an advantage over smaller teams.