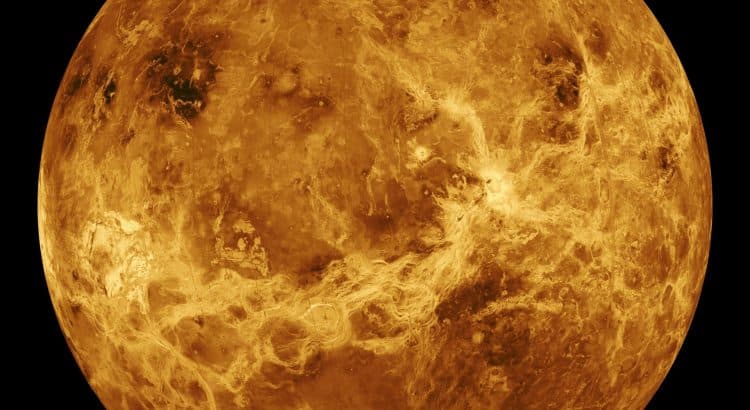 Venus is the second planet from the sun

Venus is a terrestrial planet because it has a solid, rocky surface like other planets in the inner solar system. Astronomers have known Venus for thousands of years. Venus is the brightest thing in the night sky except for the Moon. It is sometimes called the morning star or the evening star as at some elongations it is easily seen just before the sun comes up in the morning and, at other elongations, just after the sun goes down in the evening. Venus comes closer to the Earth than any other planet does.

Venus is quite similar to earth in size and gravity. But Venus’ atmosphere (air) is mostly carbon dioxide with clouds of sulphuric acid which makes it very poisonous to humans.

The pressure on Venus’ surface is 92 times that of Earth. Venus has no moons. Venus spins very slowly on its axis and it spins in the opposite direction to the other planets. The ancient Romans named it after their goddess Venus.