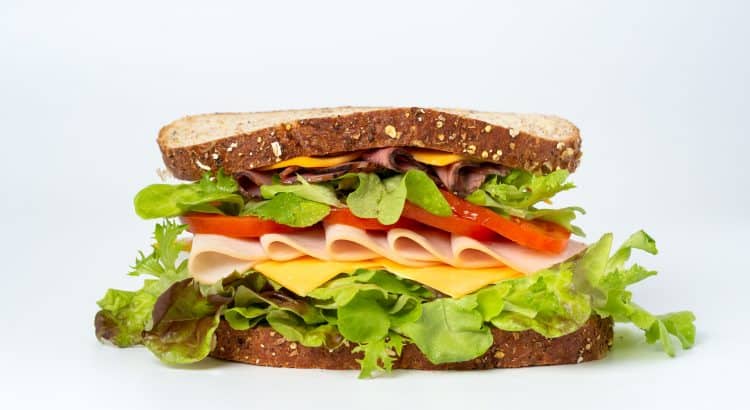 Whether you call it a hoagie, a hero, or a po’ boy, sub sandwiches are undeniably awesome. But what makes them even better is that the sub differs depending on what it’s called, what region it’s from, and heck, which shop makes it. It has a personality of its own, and while it takes a lot of time and effort to make your own (which is why it’s best to go to your favorite sub shop franchises for your sub fix), it’s never too late to learn how to make these American classics at home.

It’s one of the most basic subs you can make, but it’s exactly this sandwich’s basic nature that makes it so much more elegant than more complicated recipes. The classic hoagie is comprised of all the sandwich basics: bread, meat, cheese, veggies. And while the construction is simple, it’s the ingredients that take this ‘basic’ sandwich into sub legend.

A real hoagie needs a hoagie roll -none of that ‘can we replace it with a hotdog bun?’ questions please -as there can be no substitute (hey, I don’t make the rules!). But don’t worry: there are a lot of recipes online teaching you how to make a decent roll. Aside from the roll, the only other non-replaceable ingredient is the dressing: a real hoagie only needs a basic vinaigrette, usually just olive oil and red wine vinegar, to get the party started.

Up next, the meats. In essence, a hoagie is a cold cut sandwich, so bust out your favorite pre-sliced deli meats and pile it on. While there is no one correct combination of meats, most sub shops will use a combination of salami, pepperoni, and capicola. As for the cheese, the classic is sliced Provolone, but you can add some sliced mozzarella or basically mild cheese.

For the vegetables, a hoagie only really needs three: shredded lettuce, sliced tomatoes, and hot or sweet peppers. Anything more and you’re just making a salad, really.

The origins of the Po’ boy sandwich stretch back to the 1800’s, when fried oyster sandwiches (served on French loaves) were being served in cafes all across New Orleans. Over time, of course, it evolved to become everyday fare, and while its ingredients are a little more exotic than their northern cousins, the Po’ boy is not something you want to miss out on.

First, the Po’ boy loaf: despite the name, a classic Po’ boy is served in a crusty New Orleans French Bread, ideally fresh, and ideally from either Alois J. Binder or the Leidenheimer Baking Company. Of course, barring that, you can always make your own (or substitute with a nice French Baguette).

Next, the toppings. Technically, a Po’ boy can be served with either a roast beef topping with gravy on the side (like a traditional Hot Italian), or with its most recognizable stuffing: deep-fried seafood. Batter up some shrimp, oysters, or crawfish, deep fry them to crispy, and serve it inside your bread. The Po’ boy doesn’t usually come with cheese, but if you want to, go ahead. Traditionally, only lettuce and tomatoes are added to the sandwich.

Finally, the dressing: a real Po’ boy uses a classic French Remoulade. While you can make your own, using the bottled stuff won’t hurt either. Oh, and, don’t forget the hot sauce!

Photo by Mae Mu on Unsplash