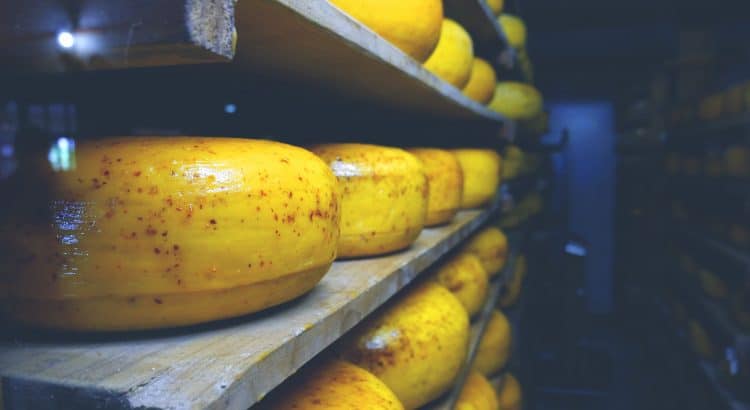 With its rolling grasslands, perfect weather, and lush flora, Wisconsin has some of the most fertile lands in the entire country, a fact not missed by the state’s early settlers. In the early 1800s, cheesemakers and dairy farmers from the Old World chose Wisconsin as their new home, and the Badger State’s rich tradition of cheese making soon began.

Wisconsin now makes up more than 2/3rd of all cheeses produced in the country, with Wisconsinite wholesale cheese suppliers and makers producing more than 3,400,000 different types of cheeses in 2018 alone. But how exactly did this love for cheese start?

In the early days of statehood, Wisconsin was one of the most remote places one can settle at. This meant that towns had to find ways to store and transport dairy products safely. Cheese production became an essential part of the settler lifestyle because it helped preserve milk and butter longer than if they didn’t process it. By 1837, one of the earliest cheese-making facilities opened up at Koshkonong near Fort Atkinson by a certain Charles Rockwell.

Mr. Rockwell was the first, but he certainly wouldn’t be the last; by 1841, Anne Pickett establishes a cheese factory in Lake Mills, marking one of the first cheese production facilities in Wisconsin. Soon after, other dairy farms started working together with cheese factories, thereby creating a booming cheese economy. There was just one problem: each factory had a different process for different cheese, creating products that varied wildly in both taste and quality.

By the 1850s, cheese making experts from both America and Europe started coming to Wisconsin as consultants for various farms, teaching them proper storage practices, temperature effects, and other specialized cheese processes that created a standard for different types of cheeses. By 1858, J.I. Smith from Sheboygan County obtained Wisconsin’s first cheese vat and was instrumental in elevating what-was-once a cottage industry into a trans-national business. Smith became crucial in turning Wisconsin from a backwater state into the country’s leading producers of high-quality cheese.

With the Industrial Revolution in full-swing, Wisconsin cheesemakers moved their productions from small farmsteads into full-scale factories between 1860 and 1890, especially after the decline of the Wheat market in the late 1850s. By 1864, Wisconsin’s first ‘true’ cheese factory opened in Fond du Lac County by a Mr. Chester Hazen, with 30 more opening up by the end of 1865. By the early 1870s, Wisconsin had over 50 factories, with most of the factories being centered in three counties: Green, Sheboygan, and Jefferson, with each County producing different types of cheeses and exporting to different parts of the country and the world (Sheboygan County, for instance, exported almost exclusively to New York and the United Kingdom).

By the end of the 1870s, various cheesemakers across the state established the Wisconsin Dairyman’s Association, a labor group that also acted as a quasi-regulatory body that helped establish many of Wisconsin’s stringent rules on cheese production, most of which became state laws in the 20th century.

By 1921, Wisconsin became the first state to award cheeses with a specific grade based on their quality. By the middle of that decade, Wisconsin had over 2,800 cheese factories producing almost a million pounds of cheese per year. Nearly a century later and Wisconsin is now the country’s leading producer of cheeses, and is instrumental in turning the term “American Cheese” from an insult into a marker of quality.

Photo by Pixo Mixo on Unsplash