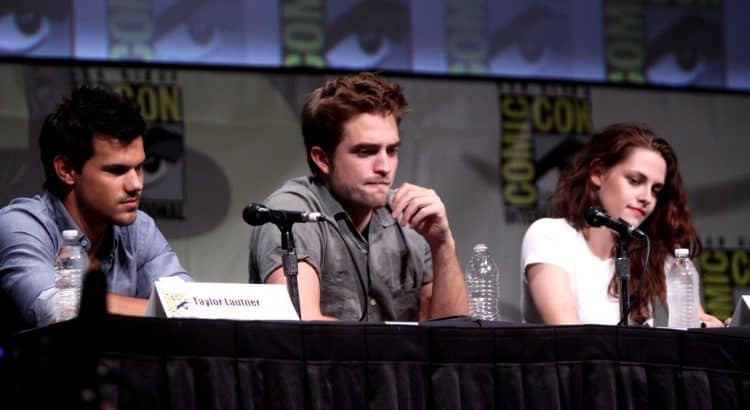 Kristen Jaymes Stewart (born (1990-04-09)April 9, 1990) is an American actress. Born in Los Angeles to parents working in show business, Stewart began her acting career in 1999 with uncredited roles and a minor character appearance in several films before gaining prominence in 2002 for playing Jodie Fosters daughter in the thriller Panic Room, which garnered her a Young Artist Award nomination for Best Leading Actress in a Feature Film. She went on to star in Speak (2004), Catch That Kid (2004), Zathura (2005), and Into The Wild (2007), for which she was nominated for a Screen Actors Guild Award. She received widespread recognition in 2008 when she landed the role of protagonist Bella Swan in The Twilight Saga film series (2008–12), which grossed over $3.3 billion worldwide.