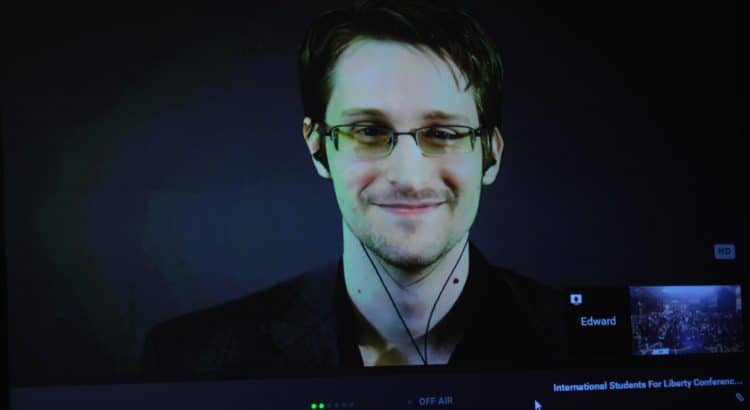 Edward Snowden is a former Central Intelligence Agency (CIA) employee, and former contractor for the United States government, who copied and leaked classified information from the National Security Agency (NSA) in 2013 without prior authorization. His disclosures revealed numerous global surveillance programs, many run by the NSA and the Five Eyes Intelligence Alliance, with the cooperation of telecommunication companies and European governments.

In 2013, Snowden was hired by an NSA contractor, Booz Allen Hamilton, after previous employment with Dell and the CIA. On May 20, 2013, Snowden flew to Hong Kong after leaving his job at an NSA facility in Hawaii, and in early June he revealed thousands of classified NSA documents to journalists Glenn Greenwald, Laura Poitras, and Ewen MacAskill. Snowden came to international attention after stories based on the material appeared in The Guardian and The Washington Post. Further disclosures were made by other publications including Der Spiegel and The New York Times.

On June 21, 2013, the U.S. Department of Justice unsealed charges against Snowden of two counts of violating the Espionage Act of 1917 and theft of government property. On June 23, he flew to Moscow, Russia, where he remained for over one month. Russian authorities granted him asylum for one year, which was later extended to three years. As of 2016, he was still living in an undisclosed location in Russia while seeking asylum elsewhere.