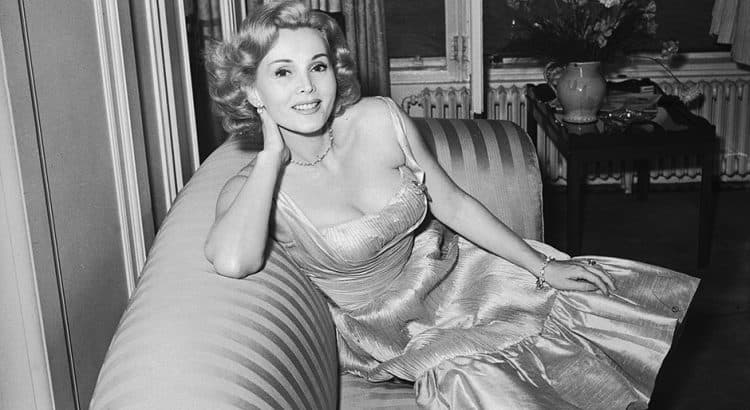 Zsa Zsa Gabor was a Hungarian-American actress and socialite

Her sisters were actresses Eva and Magda Gabor. Gabor began her stage career in Vienna and was crowned Miss Hungary in 1936.She emigrated from Hungary to the United States in 1941 and became a sought-after actress with “European flair and style” and was considered to have a personality that “exuded charm and grace”. Her first film role was a supporting role in Lovely to Look At. She later acted in We’re Not Married! and played one of her few leading roles in the John Huston-directed film, Moulin Rouge (1952). Huston would later describe her as a “creditable” actress.

Outside of her acting career, Gabor was also known for her extravagant Hollywood lifestyle, glamorous personality, and her many marriages. In total, Gabor had nine husbands, including hotel magnate Conrad Hilton and actor George Sanders. She once stated, “Men have always liked me and I have always liked men. But I like a mannish man, a man who knows how to talk to and treat a woman – not just a man with muscles.”

In her biography she wrote “All in all – I love being married”, she wrote in her autobiography. “I love the companionship, I love cooking for a man (simple things like chicken soup and my special Dracula’s goulash from Hungary), and spending all my time with a man. Of course I love being in love – but it is marriage that really fulfills me. But not in every case.”