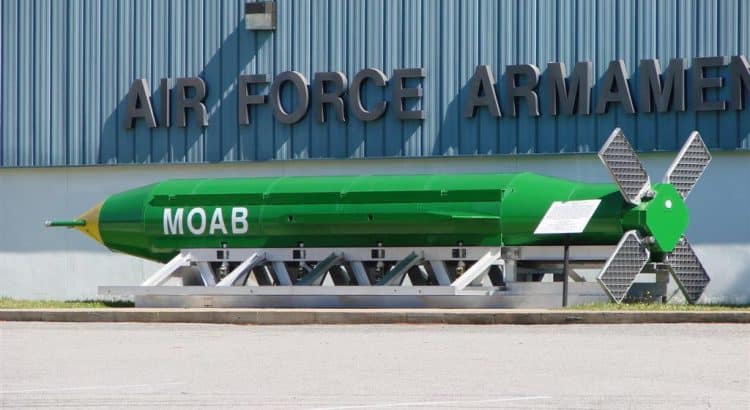 The GBU-43/B Massive Ordnance Air Blast, commonly known as the Mother of All Bombs is a large-yield conventional (non-nuclear) bomb, developed for the United States military by Albert L. Weimorts, Jr. of the Air Force Research Laboratory. At the time of development, it was touted as the most powerful non-nuclear weapon ever designed. The bomb was designed to be delivered by a C-130 Hercules, primarily the MC-130E Combat Talon I or MC-130H Combat Talon II variants. The MOAB is the largest conventional bomb ever used in combat after being deployed in Afghanistan on 13 April 2017.

In 2007, Russia tested a thermobaric weapon nicknamed the Father of All Bombs; the weapon is claimed to be four times as powerful as the MOAB.