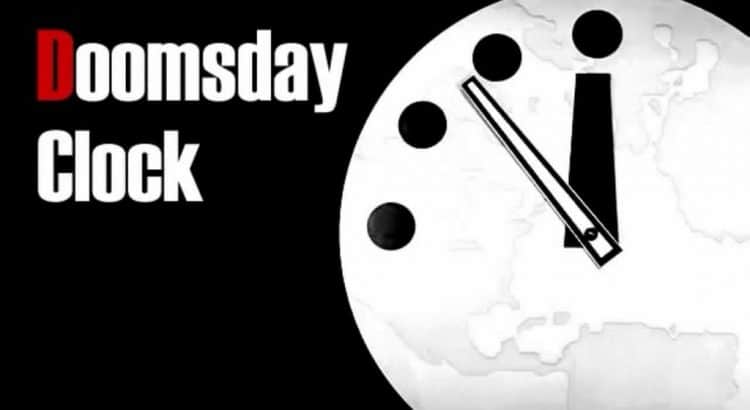 It has been maintained since 1947 by the members of The Bulletin of the Atomic Scientists Science and Security Board, who are in turn advised by the Governing Board and the Board of Sponsors, including 18 Nobel Laureates. The closer they set the Clock to midnight, the more vulnerable the scientists believe the world is to global disaster.

Originally, the Clock, which hangs on a wall in The Bulletins office in the University of Chicago, represented an analogy for the threat of global nuclear war; however, since 2007 it has also reflected climate change, and new developments in the life sciences and technology that could inflict irrevocable harm to humanity.

The most recent officially announced setting—two and a half minutes to midnight—was made in January 2017 due to The rise of strident nationalism worldwide, United States President Donald Trumps comments over nuclear weapons, and the disbelief in the scientific consensus over Climate Change by the Trump Administration. The future is looking bleak at the moment.