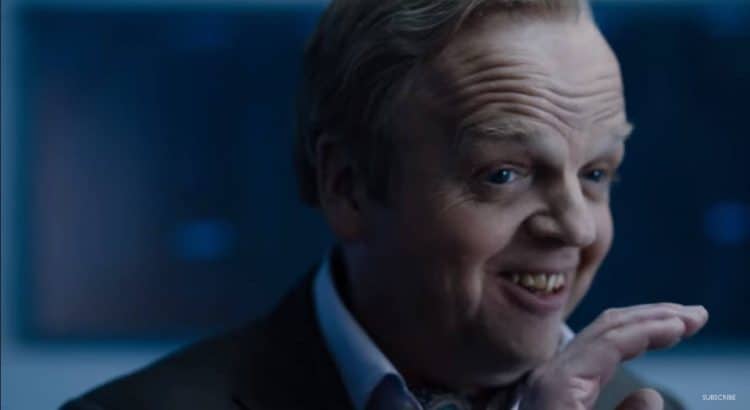 In episode 2 of series 4 of Sherlock (called The Lying Detective) Sherlock is meeting a new enemy, Culverton Smith. After Moriarty, Culverton Smith is the darkest Sherlock has yet to meet. He is played by British actor by Toby Jones.

Steven Moffat, writer of the Sherlock series, has the following to say about Culverton Smith:

He’s completely different. It’s a completely different character. He’s the darkest villain we’ve had. There was always something charming and engaging about Moriarty. There was something fascinating and actually amoral, rather than immoral, about Charles Augustus Magnussen. This guy is the purest evil. Sherlock is actually appalled by him. He’s the most evil villain we’ve had. I don’t think that when you see it, you will disagree. He’s horrific. (Source)

The Lying Detective is likely based on the original The Adventure of the Dying Detective story in which Culverton Smith also appears.

To find out exactly what Culverton Smith is up to in Sherlock: “The Lying Detective” airs on Sunday, the 8th of January 2017 on BBC.