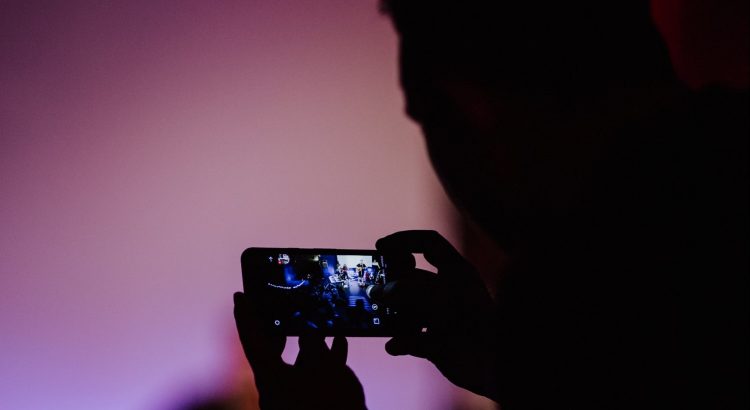 END_OF_DOCUMENT_TOKEN_TO_BE_REPLACED

GroupClip is a Multi-Camera Video app

With GroupClip you can record a video with several people: it is a video app that allows you to create synchronized multi-frame and multi-angle videos. There are, of course, lots of apps that allow you to record video, the difference is that with Groupclip you can capture multiple videos from different viewing angles. The movies are put on the server and everyone can make their own version. This way you can also view it from another side, and make use of someone else, so you get even more of the event where you were. More information can be found on the website of GroupClip. END_OF_DOCUMENT_TOKEN_TO_BE_REPLACED

The DJI Mavic is a drone

The DJI Mavic is the latest drone of droneproducent DJI from China. The drone arrives at the end of 2016 and promises to be the most advanced drone to date. DJI has long been known as a droneontwikkelaar that is at the forefront of technological delights in private drones. With the DJI Mavic, they seem to be doing a scoop on top of this at first glance. The DJI Mavic is a built-in drone, which is fully folded and easy to carry. Once popped up, the drone is still compact, but at the same time qualitatively strong. The Mavic has a camera with which 4k video images can be shot, has a large range (up to 4000 meters) and is also very stable. The direct competitor of the DJI Mavic is the GoPro Karma, the first drone that GoPro completely self-inflicted. Although the GoPro Karma is also very advanced, the DJI Mavic Pro seems to be the provisional winner. Although pricey, the drone is even usable for professional film productions. From this perspective, the drones of DJI are quite inexpensive. It is no secret that the DJI Mavic Pro with a preliminary price of €1200.00 is on the pricey side. Many drones that also have a camera are a lot cheaper. Also with these drones, HD images can be made from the sky. Is it necessary to spend the money on the DJI Mavic Pro? This is especially the personal wishes you have, but in general the answer is clear: yes. The DJI Mavic is stable, a large range, long flying time and an ultra sharp camera. In addition, the drone can also follow an object on the autopilot, orbiting around it and flying to a certain point on the map. Also a feature like the Selfiemode is very nice, where the drone itself flies a bit from the driver and then takes a picture. If you want to buy an advanced drone, the DJI Mavic Pro is undoubtedly the ultimate. If you simply want to make fun videos from the air, a cheaper drone is also an option.

A 360 video is a rotating video

A 360 video (or actually: 360 degree video) is a video that is recorded with a camera that films around. When you look at a 360 degree video you can turn around and see another part of the video. It gives a completely different picture than the classic experience that you can only view from one side. These cameras used to be very expensive and the stitching of the images took a long time. With the current techniques, the 360 cameras become more affordab END_OF_DOCUMENT_TOKEN_TO_BE_REPLACED

A Dronie is a drone selfage

With the rise of drones, and becoming cheaper, a new trend has arisen: making a self-departing with a drone. A dronie is therefore a photograph made of yourself, using an appliance with camera from the air. So it is actually the next step after the Selfiestick, to take a picture from an even greater distance. END_OF_DOCUMENT_TOKEN_TO_BE_REPLACED

FPV is a technique used to watch from the ground what you would see from a flying object when you were sitting on it. You can think of drones. When the drone has FPV, you can see (often on your phone) what the drone sees. With a combination of camera, video, transmitter and receiver and a monitor or glasses you can see exactly where your drone is going. END_OF_DOCUMENT_TOKEN_TO_BE_REPLACED

HDR is a term from the world of photography: HDR Photography Creates an image with a wider tonal range that is larger than normal with 1 image. In some cameras, HDR is an option that can be selected: In this case, multiple images are created sequentially and the camera combines it to 1 image. END_OF_DOCUMENT_TOKEN_TO_BE_REPLACED

A GoPro is especially suitable for filming during extreme conditions: it can withstand a bump and is waterproof. Often a GoPro is used during winter sports (fasten it on your helmet and film your snowboard or ski adventure). END_OF_DOCUMENT_TOKEN_TO_BE_REPLACED

Besides solid state Drive is also called Solid state Disk and it works just like a memory card of your phone or digital camera. An SSD has no mechanical parts making them faster, quieter and more reliable than a normal hard drive. The s END_OF_DOCUMENT_TOKEN_TO_BE_REPLACED

USB is a standard for connecting peripheral devices (mouse, keyboard, scanner, printer, photo camera, etc.) to a computer. USB has come as a replacement for parallel and serial ports. One advantage of USB is that it can take care of the power supply of the connected peripherals, also USB devices can be connected without having to restart the computer (also called hot-pluggable or hot-swappable). By now we have already arrived at version 3 of this standard. Https://www.youtube.com/watch?v=-yExrqFfdsU